You are here: Home / SEO / My Way to a Free #Inbound13 Ticket, Thanks to @kippbodnar

For the past few weeks, I have been trying to figure out a way to get to #Inbound13. With such a stellar line up, and great content, being at Inbound 2013 would be an invaluable experience. So for the past few weeks- I set out on going to Inbound – and going for free.

The first thing I did: Research Hubspot. 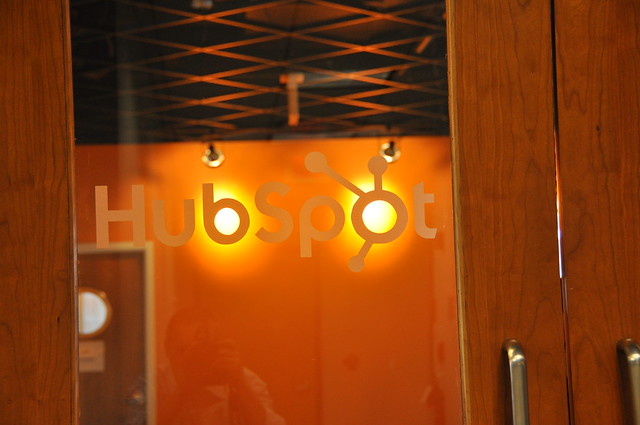 I am not a current user of Hubspot, but since they are the sponsor of the conference, I wanted to get to know them (the company, not the SaaS). I followed everyone on Twitter with a connection to Hubspot, especially the executives. I followed so many people on Twitter, that even one of my followers took notice – asking how many people I could follow in a week. Thanks @CaseyGuise for putting up with that!

My following on Twitter was not random. I was specifically looking for those connected to Hubspot and inbound marketing.

First, I wanted a follow back. Honestly, there is no reason tweeting if the people you want to see them – can’t see them. So I followed them hoping for a follow back.

Yes – people do follow you if you follow them (about 25%)(I wrote my Master’s Thesis on this – Grad School was good for something…) It is like a smile: if you smile, they will more than likely smile back  :). And with SEO/Marketing people – they, of all people, will follow you back. They have to improve something called Klout…

Secondly, I followed people on Twitter because I wanted to learn from the more experienced. At this point, I have 300+ followers on Twitter, but I’m not a marketing sensation. And as much as I love my friends, none of them are CEOs, CMOs, or anthyingOs – I had to branch out. But following people, and then un-following – just to get more followers led to some negative feedback:

@techweev @elioverbey classic #fail! the Follow Then Unfollow Trick?? Thanks for letting me know now. #unfollow

Thanks. I know it’s kind of annoying. I’m glad you have software that tells you that. I may have lost a follower – Selah – but it was not a complete #fail. Yea – it can be annoying, but if it works – try and try again. Plus, if people don’t want to be followed by people they don’t know – they will make their accounts private.

After getting some new followers in the inbound world, I started tweeting about #inbound13 and #inbound. I wanted more attention, so these #inbound hashtags gave me an opportunity to reach others that normally would not see my tweets. I tweeted this (and plenty more like it!):

A few of my tweets got retweeted, a few favorited (thanks for the +1 in my life, but that didn’t help anything :.

So next step, I wrote a pathetically sad article about “How to Attend Inbound without Being in Boston“. Hoping @Hubspot would take notice, retweet my brand endorsement, and give me a free ticket, I tweeted it out:

And to my luck. I got nowhere. I was tweeting with #inbound13 so much, that one of my friends asked if I was going to Inbound. Sadly, I told him “not yet – just trying to get a discount”. Honestly, the answer was “no -not at all!”, but I acted like I had it under control. He kindly let me know:

@elioverbey I sure am. Let me contact my friend there and see if he can hook you up with a discount. — Allyn Lyttle (@AllynLyttle) July 29, 2013

So what was the next step? If you can’t join them in person, join them online. So, I decided to take the Hubspot Certification for free online. People will be able to take the certification course at the conference, but since my bubble was burst, I decided to go ahead and get the experience. I passed… After failing – but Hey! that’s not the point of this story (but since we went there – see my shiny badge on the right side?).

If you have not taken the certification, I would highly encourage you to! HubSpot’s Inbound Marketing Certification includes nine classes that cover the core elements of inbound marketing strategy. From optimizing your website to landing page anatomy to segmenting your contact database, these classes are the bread and butter of what inbound marketing is all about.

If I was still teaching and assisting with college students, I WOULD highly recommend that students and professors integrate this into their classrooms. In fact, I am having my interns at work do the certification.

After taking that course, I realized something. I realized I could go to Inbound 2013. Why? Because I had all the skills available to go to #inbound13. I realized:

Going to this conference will teach me new things, but if I use what I already know, through marketing, SEO, web design, social media, etc – there is no reason that I cannot get a free ticket to #Inbound13. Use your noggin, Eli.

I decided that the best way to get the attention of @hubspot was to buy a website and craft it to #Inbound13. I checked the available domains, but nothing good was out there. I tried hubspotting.com and even brianhalligan.com (the CEO of HubSpot), but those were taken. Then it hit me: HubSpotters.com The domain was available and with my coupon from GoDaddy – it cost just $.99.

Now, I had a domain, but I had no idea what to put on the site. I chatted with my friends about what to put on it, but most of them asked, “What’s a hubspotter?”

Thanks for the encouragement, guys!

So I would send them this photo, and would excitedly say, read the caption!

“HubSpotters in line to get some #ubericecream”

SEE! They call themselves Hubspotters on Instagram! But they only seemed to notice #ubericecream

I had done it! I bought a good domain.

But now, what did I put on Hubspotters.com to gain their attention? A week went by, and I had nothing for Hubspotters.com. My big idea suddenly was not so big.

But then, one of the guys I followed (during my week of mass following) tweeted:

#INBOUND13 Ticket give away! Free ticket to the person who send me the best example of personalized marketing in next 24h. — Kipp Bodnar (@kippbodnar) July 31, 2013

Then it hit me.

Make a Great Personalized Example. Make something that would market itself. Use everything you had learned in the marketing courses, and do it. So I did. I built Hubspotters.com dedicated to Kipp Bodnar. It was my best way to personalize marketing to him.

My attempt at Personalized Marketing

I did have to get a little stalkerish, but hey! I was getting a free ticket. I checked over his LinkedIn, read some of his bio, checked out his book, and ultimately figured it out.

After building the landing page, and carefully reading over the site again and again, and adding analytics to it just for fun, I sent it Kipp’s way.

I went to bed. I had done my best. If this did not work, I wasn’t going to give up. I was just going to postpone success until #Inbound14. But when I checked my Twitter this morning…

@elioverbey Well done. Free ticket coming your way. What is your email address.

I had won my free ticket to #Inbound13.

I still had to ask my boss if I could go, and figure out my way there (if anyone wants to pay for transportation and lodging, I am not opposed!), but I had achieved my goal.

And even greater than going to #Inbound13, I reached out to Kipp and asked if we could get lunch. Now, I get to pick the brain of the Director of Marketing at arguable the best inbound marketing company in the world. Good stuff.

What have I learned throughout all of this?